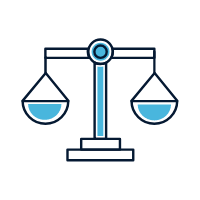 A general attorney can help you with a lot of things. This blog is here to provide you with all the info you need about how a general attorney can help you. Although I'm not a professional, I have a passion for studying the law. After many long hours of research, I decided to start writing a blog which would help me to explore different areas of the law and the part a general attorney can play in all of this. Read on to find out about subjects such as law firm sub-contracting, liquidation, bankruptcy, property rights, etc. If you have questions about anything, please feel free to comment on this blog.

When two individuals appear in front of a family court, it is not unusual for the court to issue orders that require the individuals to act in a certain way. For example, one person may be required to hand over certain assets to the other as a means of providing an equitable and just solution for both parties. Yet sometimes more than one person or organisation may be impacted by such an order, so is it possible for the court to require that third-party to comply as well?

Depending on the circumstances and certain other factors, it is indeed possible for a family court to bind the third party as part of a judgment. This may require them to act in a certain way or prevent them from taking an action that could impact the decision itself.

Generally speaking, a third party in this situation is any individual or entity that is not directly involved in the proceedings. Consequently, this law could cover a range of different entities such as a trust, a bank, a superannuation fund or an agent.

In one example, a solicitor may have been ordered to release funds that they were holding on behalf of a party as a form of escrow. These funds may have been accumulated following the sale of an asset but may not (at that moment) be directly owned by one of the parties. In this case, the order will bind the solicitor so that the proceeds are disbursed in accordance with the final property settlement and the wishes of the court.

Before any order is issued, the court will want to know that it is possible for the directive to be complied with. They will need to be certain that the ruling is equitable and just and that the other party (if applicable) has been given a chance to put forward a case in opposition. They'll need to know that the third party has the capability to comply with any directive and that they will not be adversely affected by doing so.

If you are worried that you may not be able to get your fair share during a dispute and that some of the "pot" may be controlled by a third party, talk with your family law solicitor to get their advice. They will be able to petition the court if necessary so that orders can be drawn up and issued.